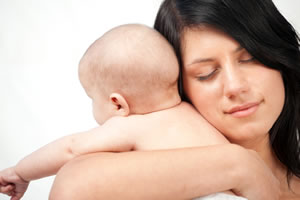 The number and rate of teen abortions has declined to its lowest point according to the statistics released on November 27 by the U.S. Center for Disease Control, and the abortions overall have dropped another 3.1% in just one year. The total number for all age brackets was 765,651 for the 49 reporting areas in the United States.

Although teen abortions used to make up 32.1% of all abortions, that percentage of abortions for girls age 19 and under is now down to 15.1%.

Fortunately, teens have access to far more information than they used to because of the Internet. They can read all about pregnancy and abortion and not be fooled that their baby is “just a blob of protoplasm.” This has dramatically changed their views over the past several years. In fact, polls show that teens are the most pro-life demographic of all.

However, considering the fact that so many teens are pushed into abortions by their well-meaning parents and boyfriends who don’t want to face fatherhood, this number could be significantly lower if these teens were able to stop the pressure placed upon them to abort.

Parents use a number of arguments to push their teenage daughter into abortion. One of the most convincing has been to tell the girl that she is a minor and has no say in her pregnancy. This is totally false! Minor or not, this is her body, her baby, and her choice; and she is the only one who can sign those consent forms. Unfortunately, these teenage girls have idea what their rights are.

Next argument is parents telling their pregnant teen that they will kick her out of the house if she doesn’t have the abortion. First of all, with most parents this is only a threat. Secondly, if they really did do this, in most states this would be an illegal act, as you can’t put a minor out on the street. In these cases the minor would need to contact the authorities and explain her situation to receive the help she needs. Many pregnancy centers can provide housing in situations like this as well

Another strong argument is usually threatened by the father of the pregnant girl. He will say that he’ll put her boyfriend in jail and charge him as a sex offender for statutory rape because her boyfriend is older. Again, most teens have no idea what the laws in their individual states are regarding the age of consent, which is much younger than it used to be; and the best thing she can do is to contact a local pregnancy center for information on this.

Then you have the pressure from the boyfriend who simply doesn’t want the responsibility of parenthood. He can be very persuasive by telling his pregnant girlfriend that she will ruin his life… he won’t be able to go on to school, etc., etc. This compounds the pregnancy by laying a heavy guilt trip on her at a time when she’s the most vulnerable. Many boyfriends will also threaten to leave the girl unless she has the abortion, and this often works. She doesn’t want to lose him, so she has the abortion. Unfortunately, he almost always leaves anyway.

The most conniving guys will lovingly tell their girlfriend that this just isn’t the right time for them to start a family, that they need to finish school, etc., then when the time is right he will really want to have a family with her. She sees a bright future by making this one sacrifice. Unfortunately, it’s just a ruse and he leaves as soon as the abortion is done. Some guys also get down and dirty and swear the baby isn’t his, that she’s been with other guys, and that he’ll never be in this baby’s life. More pressure.

Added to this you have all the well-meaning family members and friends who will paint all kinds of horrible pictures of her future, telling her she’ll never finish school, she’ll never amount to anything, she’ll always be on welfare, etc.

All of this takes a terrible toll on an already stressed and worried pregnant teen, so it’s not surprising to see them cave under so much duress.

On the brighter side, if these pregnant teens would contact a pregnancy care center for help, they could sit down and look at their options without being judged and with lots of help being offered. They could see how to plan for their future, and they could hear the stories of so many teens who did choose to parent and how it actually motivated them to finish school and go on to college because they wanted the best for their child.

One has to wonder if all these girls received all the information, help, and support they needed for their pregnancy, how many fewer teen abortions would there be? Knowledge is power, and these teens need to be empowered to make their own choices without being pushed into an abortion they don’t want.