What Types Of Abortions Are There?

Oftentimes girls are told at the abortion clinic that the procedure is nothing more than “removing fetal tissue” or “removing a tiny blood clot in my uterus.” When they are shown grainy ultrasound images, the reality of what they are about to do isn’t clear either. Because abortion is such a life-changing procedure and can’t be reversed, it is vitally important to have all the facts before having an abortion.

The Truth About Abortions

The facts of an abortion are not pretty, and some people object to seeing such graphic photos, but it is better to see them before making an abortion decision than to be unaware and see them later on. 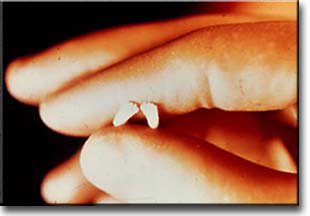 This is Dr. Russell Saco’s widely distributed photo of the feet of a 10-week old aborted baby. At 10 weeks the human body is completely formed. Although the baby is small enough to stand on his/her parents’ little fingernail, he/she is so perfectly formed that fingerprints are already in place.

There are several different methods used in performing abortions, depending upon how far along the pregnancy is. Some methods involve physically extracting the baby and others involve the use of chemicals injected into the womb or taken by the mother, such as the abortion pill.  For information on the abortion pill click here.

The following descriptions provide the details of each surgical method. The pictures of these abortions are graphic. 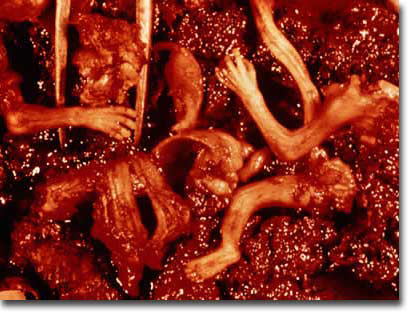 This is a frequently used method of abortion. It is done in the first 12 weeks of pregnancy. The mother is given a general or local anesthetic. The cervical muscle (womb opening) is stretched open. A hollow plastic tube with a knife-like edge on the tip is inserted into the womb.

The suction machine (about 30 times more powerful than a household vacuum cleaner) is then turned on and begins to suck out the contents of the womb. Because the baby’s bones have not hardened yet, pieces of the body are sucked into the jar. The placenta (afterbirth) is then scraped from the walls of the womb and sucked out as well, thus completing the abortion procedure.

After this it is necessary to put all of the body parts back together so it can be assured that none remain in the patient. If body parts remain, it will cause a serious infection in the abortion patient requiring a return to the hospital for further surgery. 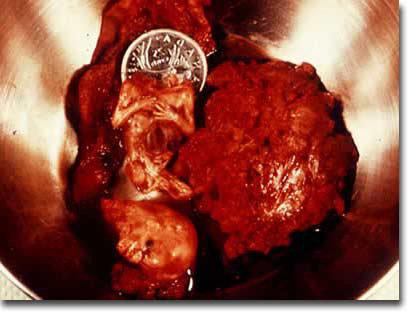 This is similar to the suction abortion except a loop-shaped knife (curette) is used instead of the suction tube. The baby and placenta are cut into pieces and scraped out into a basin. 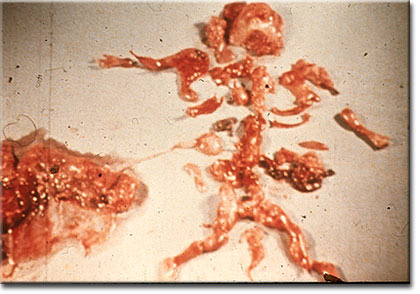 Similar to the D&C, the dilation and evacuation procedure is used later in pregnancy after the baby’s bones have hardened. A pliers-like instrument with knife edged teeth is inserted into the womb and a piece of the body is seized, twisted off, and removed. This procedure is repeated removing feet, hands, arms, etc., until the baby is entirely dismembered. If the head is large, it is crushed prior to removal. The placenta is also cut away and removed. The body parts are then reassembled to be sure nothing is left in the womb to cause infection. 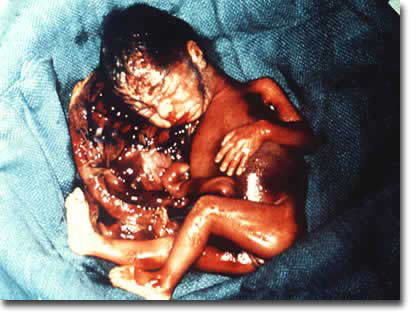 Although used infrequently now due to danger to the mother, salt poisoning was once the most common method used for late abortions. A large needle is inserted through the mother’s abdomen and into the womb. A concentrated salt solution is injected into the amniotic fluid surrounding the baby. The baby breathes and swallows the salt solution, is slowly poisoned as it burns away the outer layers of the skin, and dies. The mother then goes into labor and expels the baby within 24 to 48 hours. 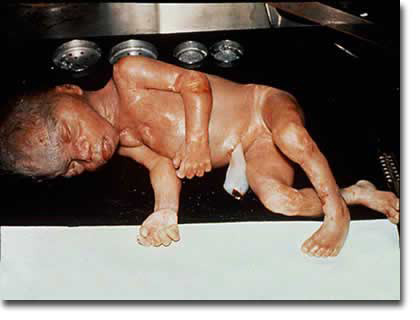 The drug prostaglandin was previously used in the later months of pregnancy to cause a violent premature labor of a baby too young to survive. However, it was dangerous to the mother and sometimes resulted in the “complication” of delivering a live premature baby. Because of these problems this method has mostly been replaced by the D&E method which is guaranteed to result in the death of the baby. Prostaglandin is now used primarily in combination with RU486 and methotrexate. 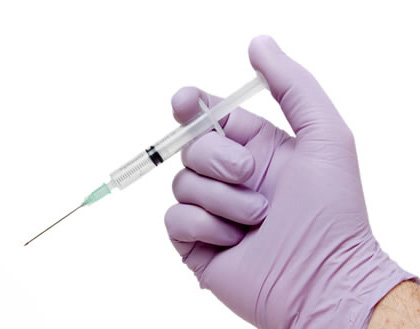 The patient can be sent home within 10 to 15 minutes after the procedure. She then has the option of going to another abortionist or her own physician to have the dead baby removed from her womb to complete the abortion, having been guaranteed that this will not result in the “complication” of a live birth abortion.

There are no pictures of the babies involved with this procedure, as they are removed from the mother at some other location. 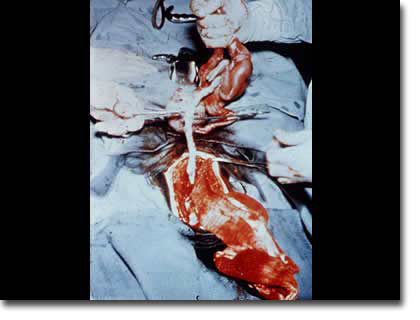 A hysterotomy abortion is similar to a Cesarean section live birth, except the desired result is different. With a C-section, the intent is to deliver a live baby, preventing danger to the mother and baby in a difficult birth. With a hysterotomy, the intent is to deliver a dead baby. However, because the baby is alive at the time of the procedure, there was a constant complication of having this abortion procedure deliver a live baby, which then had to expire by some other means.

The baby was often smothered or drowned in a bucket of water. However, these practices are now prohibited by a court decision. Consequently, hysterotomy abortions have mostly been replaced by the newer method of lethal injection abortion, which cannot possibly result in a surviving baby.