PTSD in the Abortion Clinics

Most people relate PTSD (post traumatic stress disorder) to veterans who have come home from terrible war experiences, but that is not the only thing that causes PTSD. According to the Mayo Clinic, PTSD is a mental condition that is triggered by a terrifying event – either experiencing or witnessing it. 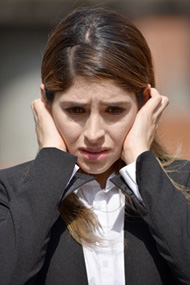 A study appearing in the Journal of Traumatic Stress found that 21% of abortion clinic workers showed PTSD symptoms because they were constantly witnessing violence.

These workers do everything from counseling women, to assisting with ultrasounds, to cleaning up the procedure rooms, to putting back together the body parts in the lab. All of these things expose them to the reality and violence involved in an abortion.

This trauma eventually begins to affect their everyday lives causing nightmares, the inability to thrive in society, and resorting to alcohol and drugs.

Abortionist doctor, Don Sloan, described to abortion clinic workers how to put body parts back together to make sure everything was removed. Following his instructions he commented:

Want to do abortions? Pay the price. There is an old saying in medicine: if you want to work in the kitchen, you may have to break an egg. The stove gets hot. Prepare to get burned.”

Clinic workers do everything they can to survive the stress, even resorting to jokes about their work. Norma McCovey, the famous Jane Roe in the Roe v. Wade abortion case, told of some of them. Referring to putting the body parts back together, she said that if you ever want to humble a doctor, hide a leg so he thinks he has to go back in. 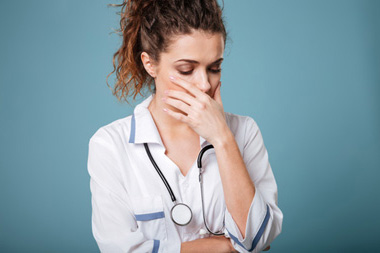 Perhaps the most famous clinic worker to leave was Jane Roe’s Norma McCorvey herself. She not only realized how she had been used and abused by the abortion lobby, she realized what working in an abortion clinic was doing to her as a person. She not only left, but she joined the pro-life movement and became one of the most vocal spokespersons opposing abortion.

Another convert from the abortion clinic to the pro-life cause is Abby Johnson. Abby was a Director of a Planned Parenthood abortion clinic and had two abortions herself. As the administrator of the clinic she thought she was helping other women, but when she was asked to participate in a 13-week ultrasound guided abortion, all that changed. It was the sight of watching a moving 13-week baby trying to get away from the suction tube and eventually being sucked in that changed her mind completely.

She is now heading an organization called And Then There Were None, whose goals are to help other clinic workers to leave. To date she has helped over 500 workers to seek other professions. 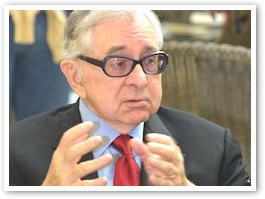 The abortionist doctors are leaving this profession as well, some after doing thousands of abortions. They too became burned out, depressed, emotionally empty, with recurrent nightmares, and all the other symptoms of PTSD.

Perhaps the most well-known abortion doctor to leave the business was Dr. Bernard Nathanson who ran the largest abortion clinic in the country in New York City. Dr. Nathanson admitted to doing over 75,000 abortions before converting.

He too became a spokesperson for the pro-life movement, revealing many of the lies perpetrated to legalize abortion, the greed of the abortionists to pursue this lucrative business, and concluding that abortion is an impermissible act of deadly violence.

It took a personal tragedy for Dr. Anthony Levatino to leave his lucrative New York abortion business. He readily admitted that he was in it for the money, as most abortion doctors are. However, it had always made him uncomfortable. Then after his own daughter was killed by a car in front of his own home and died in his arms, he finally realized the value of a human life. He felt he could no longer kill someone else’s child.

Dr. Levitino now testifies before Congress in support of legislation to restrict abortion and says he now sleeps better at night. 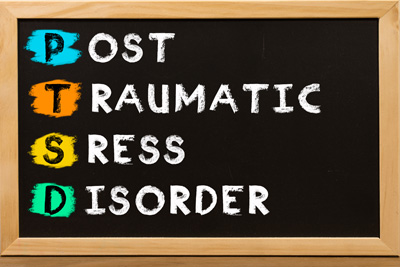 PTSD leaves the sufferer with low self esteem, fatigue, loneliness, and depression. Even when they want to get out of the clinic and leave this environment, they wonder who will hire them. They worry about acceptance back into normal society, financial insecurity, isolation, etc.

This is where And Then There Were None comes in. They offer the clinic worker trying to get out help financially, emotionally, and spiritually, helping them to find new jobs and welcoming them back into the world.

Abby Johnson has found that many clinic workers, like her, had been motivated initially because they had abortions themselves. Whether this motivation was because they wanted to help other women deal with a difficult situation or to justify their own abortions doesn’t matter. Getting out of a now intolerable situation meant they needed support and help in making the transition.

Anyone who has to stand in a lab reconstructing dismembered children dozens of times a day is definitely witnessing violence, which will eventually result in PTSD. 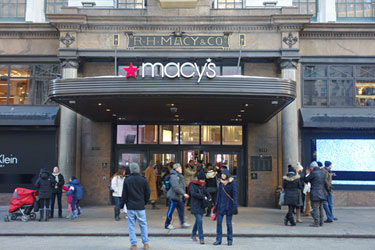 For years Planned Parenthood has portrayed their activities as helping women in a number of women’s health areas like breast cancer screening, and who wouldn’t support that? However, during Congressional hearings it was revealed that Planned Parenthood doesn’t even have mammogram machines for this screening.

They also claimed that only 3% of their services are for abortion, but this too was dispelled during Congressional hearings when it was revealed that the bulk of their income is from abortion services.

These corporations, along with individual donations, make up over 25% of Planned Parenthood’s $1.3 billion in yearly income. As their lies are revealed, more and more of these companies who are uncomfortable with their activities will drop their support as well. 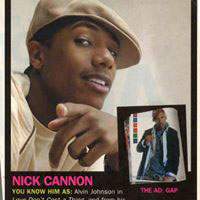 His powerfully held feelings are founded in the story of his own mother who strongly considered aborting him in one of those very clinics. He even produced a music video called Can I Live? recounting his own story.

Claiming that the system does not benefit black Americans, he also opposed Hillary Clinton in her campaign for President because of her strong support for Planned Parenthood.

Cannon says he speaks out on these issues because he was raised to speak the truth. 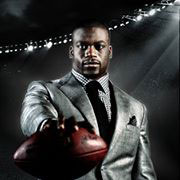 Another celebrity sports personality who is revealing the intentions of Planned Parenthood is Baltimore Ravens tight end, Ben Watson. He recently spoke at the March for Life in Washington, DC, about the disproportionate number of abortions in the black population, purposely targeted by Planned Parenthood in their local communities.

Watson explains whenever he can that Planned Parenthood founder, Margaret Sanger, wanted to exterminate blacks through her organization and that it is working.

He appeals to all men, and black men in particular, to step up as protectors of women and children. Calling abortion the most egregious injustice of our time, he tells his fellow men – We cannot remain silent!

Dash is best known for her appearances on the television series CSI. In response to Planned Parenthood’s claims of providing vital health services for black women, Dash says if Planned Parenthood is really pro-woman and pro-minorities they need to be empowering black women to care for their children instead of pressuring them into abortion. Dash goes on further to say that black lives do matter, and that includes black unborn children.