For decades Planned Parenthood has comfortably cruised along with the half billion dollars received from taxpayers and the money they receive from doing over 345,000 abortions annually. Planned Parenthood was perceived to be exactly what the name projects – planned parenthood – and a health facility for women. Gradually that perception began to decay. Many of the things they claimed were proven to be false. For example: 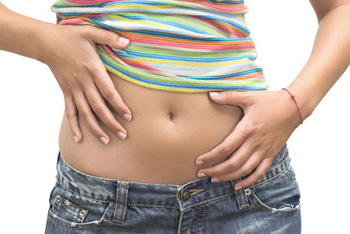 Abortions only accounted for 3% of their business – FALSE – They are the largest abortion provider in the nation with over 345,672 in 2018.

Their cancer screening was vital to women – FALSE – Planned Parenthood President, Cecile Richards, admitted that not a single clinic has a mammogram machine.

They did not make profit by selling aborted baby body parts – FALSE – Congressional investigations are in progress investigating their trafficking in fetal parts.

How did all this information on Planned Parenthood come to light? It was from the dedicated and gutsy work by David Daleiden from the Center for Medical Progress and Lila Rose, President of Live Action.

Their undercover videos have revealed the true picture of Planned Parenthood. These two millennials (Daleiden is 28 and Lila Rose started Live Action at 15) have done a tremendous service in exposing the mammoth misuse of taxpayer dollars, including the $500,000 salary of Planned Parenthood’s President.

Do all Planned Parenthood clinics offer prenatal care for women who do not want to abort? – NO

This was exposed through an undercover video from Live Action. Following the exposure, Planned Parenthood clinics removed all reference to prenatal care from their websites. 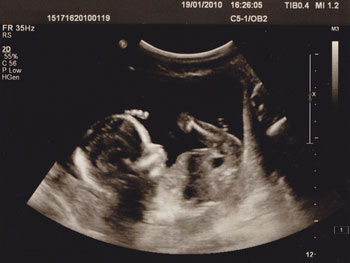 Does Planned Parenthood offer ultrasounds for pregnant women who want to keep their babies? – NO – Only if they are going to have an abortion!

Yet another Live Action investigative video quoted Planned Parenthood staffers stating that they only do ultrasounds when they are doing abortions and that ultrasounds for prenatal care is not something they offer. It seems the ultrasound is only used to determine the gestational age and position in the womb for the purpose of exterminating the baby.

In yet another just released video, former Planned Parenthood employees are revealing the constant pressure the staff is under to meet abortion sales quotas. There are no quotas for any other services – only abortion.

It was revealed that employees are trained to manipulate women into abortion by bringing up the costs of continuing their pregnancies and having their babies. After pointing out the high costs of raising a child, the women are asked if termination would be their smartest choice.

Likewise, in Missouri state health department officials have identified four botched abortions, and this is the reason they are refusing to renew the license of the clinic. Planned Parenthood is now suing Missouri because their license was not renewed.

The details of these deaths and botched abortions are grisly but need to be told so others do not become unknowing victims. Following are three such incidents in different parts of the country. 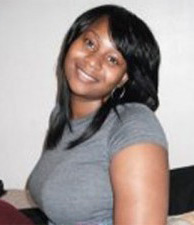 It appears that Planned Parenthood’s advertisements for safe legal abortions are not always that safe.  24-year-old Tanya Reeves was 16 weeks pregnant when she went to the Chicago Planned Parenthood abortion clinic for her abortion.  Unfortunately, something went terribly wrong, and Tonya Reeves lost her life that day.

According to the autopsy report the abortion itself was incomplete and her uterus was perforated causing extensive hemorrhage and ultimately her death.  Records show that after the abortion Reeves bled extensively at the clinic for over 5 hours without medical treatment.  Late in the afternoon when a fire department ambulance finally arrived she was transported to Northwestern Memorial Hospital.

From there it took several more hours before the emergency room staff could determine the extent of her injuries.  Had she not been left untreated for all those hours, the hospital staff might have been able to save her.  As it was, they performed a second abortion to complete the removal of the retained fetal remains, but this did not improve her condition.  She was then given an ultrasound, which revealed the massive bleeding.  The hospital then performed a hysterectomy to try to stop the hemorrhaging, but it was all in vain.

Reeves has a two-year-old son, Alvin Jones III, who will be the recipient of the $2 million settlement when he reaches the age of 18; but as Reeves’ family says, no amount of money can replace his mother. 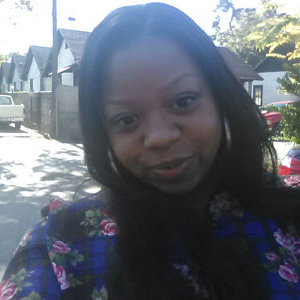 Cree Erwin, age 24, went in for a safe legal abortion at a Planned Parenthood abortion clinic in Battle Creek, Michigan. The abortion was supposed to be safe and without complications, but it was not. Shortly after the abortion Cree began to have abdominal pains that became excruciating and unbearable.

Cree’s mother became very concerned and took her daughter into the emergency room at Bronson Battle Creek Hospital. The emergency room gave Cree pain medication and told her to see her own physician the next day.

Cree went home that night to stay at her mother’s house, which was close to the hospital, and went to bed. For the next several hours Cree’s mom thought she was sleeping when she went to check on her and thought it was best to let her rest.

Sadly, the last time Cree’s mother checked on her Cree was as cold as ice; and she frantically called 911. Cree’s safe legal abortion had turned into a deadly one. Unfortunately, Cree is not the only young woman who has died following an abortion; and sadly, she will not be the last.

A California woman was carrying twins, but when she went for her abortion only one was aborted. When she returned for a checkup and said she still felt pregnant, Planned Parenthood told her she was fine. After several calls she demanded a pregnancy test.

An ultrasound proved that there was a second baby, and she was now far into the second trimester. At this point she was thinking about keeping this second twin – until she saw the ultrasound. One arm and one leg had been sliced off during the first abortion, sending her into an emotional collapse.

Although Planned Parenthood refused to turn over her medical records, the judge ruled that Planned Parenthood was liable, and she was awarded $672,610 for all her pain, suffering, psychiatric care, and medical costs. According to her attorney she has been haunted by visions of babies being killed, has contemplated suicide, and cries uncontrollably at the sight of young children – especially twins. 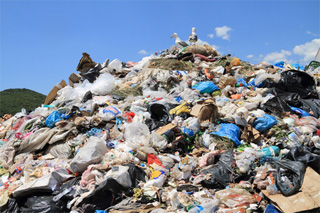 Just when you think it can’t get any more gruesome, it does. In December while the Ohio Department of Health investigated whether Ohio Planned Parenthood affiliates were trafficking in aborted baby parts, they uncovered another gruesome Planned Parenthood practice.

According to Ohio Attorney General Mike DeWine, Planned Parenthood facilities in Ohio are first steam cooking fetuses and then disposing of them in a Kentucky landfill, mixing them with all kinds of garbage. Supposedly the steam cooking is necessary to kill bacteria, before dumping. However, Ohio has laws requiring that fetal remains be disposed of humanely. Steam cooking and dumping can hardly qualify as humane methods of disposal.

Similarly, the South Carolina Columbia Planned Parenthood facility was caught steam cooking aborted babies and dumping them in a landfill as well. They were fined and forced to change their disposal methods.

Ohio Planned Parenthoods, however, have filed a lawsuit in federal court claiming that the Attorney General’s allegations are politically motivated, once again trying to deflect the actual charges away from their horrific practices.