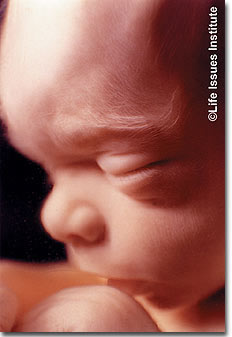 According to a shocking study by The Independent in Great Britain released on January 14, choosing illegal sex selection abortions by some ethnic groups in the UK has upset the boy/girl ratio in some ethnic groups residing there.

Their statistical analysis of the 2011 National Census has shown significant discrepancies of sex ratio in these groups who are known to have a preference for male children. The natural boy/girl ratio is 105 boys to 100 girls. When this ratio is exceeded, statisticians begin to question why.

The Independent focused on two-child families whose first child was a girl, as it is well known that certain ethnic groups will accept a girl the first time. However, based upon studies in other countries, although they will “accept” a girl as the first child, they will abort girls in future pregnancies in order to become quickly pregnant again to have that boy.

Economist and Nobel laureate, Amartya Sen, warned 25 years ago that this was happening, resulting in tens of millions of “missing women” in the world. He called sex selection abortions of little girls the new form of sex discrimination.

About 10 per cent of the 190,000 abortions in England and Wales in 2011 were performed after 13 weeks of pregnancy, which is when doctors can be 99% positive of the baby’s sex through ultrasounds. Because of their concern over sex selection abortions, some experts have suggested that the doctors withhold this information until much later in pregnancy when abortions are more difficult to obtain, which is what some hospitals have already done.

The study concluded that in these ethnic groups, the regular use of illegal sex selection abortions to prevent having daughters has reduced the female population between 1,500 and 4,700.