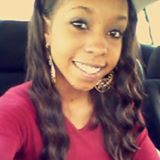 Candace Pickens and her three-year-old son, Zachaeus, were found in an Asheville, North Carolina, park by a jogger. Both had been shot at close range in the face. Candace had been shot multiple times in the face and was dead at the scene, but Zachaeus, who had also been shot in the face, was miraculously still clinging to life. Just one day after his third birthday Zachaeus had seen his mother and her unborn child killed, and then he too was shot in the face.

The brutality of this horrific scene is almost unfathomable. All of this was at the hands of her boyfriend and the father of her unborn child, Nathaniel Elijah Dixon, and he shot them because Candace refused to abort their baby. Dixon then had the gall to go on Facebook the next day and express his grief over losing his child and asking for support. It didn’t work. Dixon has been arrested and charged for the shootings.

Meanwhile, support is pouring in for little Zachaeus who has lost one eye from the assault. Hospital spokesmen have said he is making a miracle recovery, having gone through two surgeries to repair the damage to his eye and head. He has been taken off breathing tubes and IVs, and is doing well in rehab.

It is very difficult to imagine how anyone could do such a terrible thing to a mother and her son, as well as her unborn baby simply because she didn’t want to kill her unborn child. What kind of society are we becoming?