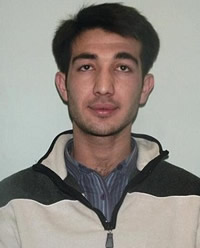 It was a horrific, almost unbelievable act; and Ahmed Raofi is now serving six years in prison for his terrible crime.

Raofi was having an affair with Irene Santos while he still had a wife back in Afghanistan. This affair eventually resulted in a pregnancy, and Raofi insisted that Santos have an abortion. She refused, but he nevertheless booked an appointment for her at an abortion clinic, and she refused to go through with it.

Santos received constant threats from Raofi. At one point he told her he was going to wait until she was seven months pregnant and punch the baby out of her.

As Raofi became more irate over Santos desire to have her child, he came up with a scheme to get rid of the baby. Raofi did his research on the Internet and ultimately purchased Misoprostol pills online. Misoprostol is used to cause an abortion.

His next action was nothing short of despicable. Raofi went to see Santos, tied her up with duct tape, and forced the Misoprostol into her womb. Her screams were muffled when he also duct taped her mouth closed and left her alone to wait for the ultimate delivery cramps. Several hours later Santos delivered her 19-week-old fetus. According to medics the baby was aborted alive and survived for several minutes before dying. Raofi was later arrested for his deed.

The judge and prosecutor in his case were rightly appalled, saying that the damage to Ms. Santos was manifestly profound.

This kind of horrible abuse of pregnant women who refuse their boyfriends’ requests to abort their children is, unfortunately, becoming more and more common place. The right to choose an abortion or not is being taken away from women when someone else wants the abortion.