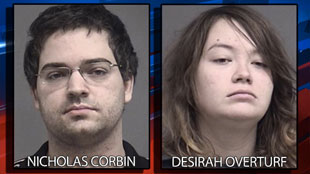 Two sets of parents allowed two infants to starve because they were not wanted. This didn’t happen in a third-world country. It happened right here in the USA. Since abortions are performed right through the last months of pregnancy on babies who were not wanted, could the rationalization take place in parents’ minds that not feeding an unwanted infant would also be acceptable? Could the news of doctors killing unwanted babies who were aborted alive embolden parents who no longer wanted their babies to starve them to death?

Last month in Kansas Desirah Overturf, the mother of three-month-old little Jordan, was sentenced to life in prison for doing just that. The baby’s father, Nicholas Corbin, is awaiting sentencing. According to the County Attorney, the couple discovered their lives would never be the same after Jordan’s birth and decided they no longer wanted him. They made a conscious decision to stop feeding him, knowing that he would starve to death. When he would cry from hunger they gave him sleep medication to stop the crying. 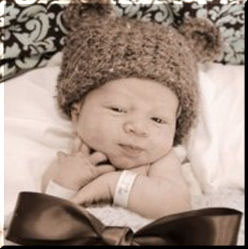 On Jordan’s last day of life, the day after Christmas 2013, they took him out into the cold to a Wendy’s and a woman customer gave them $20 when she saw Jordan’s emaciated look. By the time they got home, Jordan was cold, rigid, and not breathing. After some time they called 911. County Attorney Ellen Mitchell said that Jordan’s skin was hanging on his bones and at three months old he weighed less than when he was born. Such a sad ending to such a young life.

Likewise, several months earlier in Texas Justin and Brittany Alston had tried the same thing on baby Riley. The couple admitted to District Attorney Robert Christian that they preferred drinking and smoking pot with their friends to caring for the baby. According to Christian they wanted him to die. 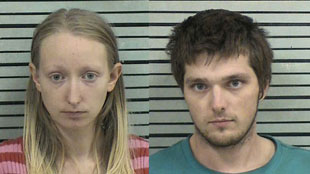 Little Riley was luckier than Jordan, however. The couple had thrown a party at their house, and teenagers, 15-year-old Caleb Fuller and 17-year-old Magon Rutledge, attended. When Magon heard cries in the next room and Riley’s father refused to check on him, Magon went herself. What she found was horrifying. Riley was lying on a filthy mattress in a dirty diaper and had no fat or muscle on his bones. Magon quickly brought her cousin, Caleb, into the room to see for himself and told him to call his father who is a paramedic. These two teenagers saved Riley’s life that night.

Riley was taken to Lake Granbury Medical Center and then airlifted to Cook Children’s Medical Center in Fort Worth in critical condition. At 8 months old he weighed only 9 pounds. Doctors had to feed Riley through IVs for some time because it was impossible for him to accept food. When he was able to eat, he was placed in a foster home where he is now thriving. 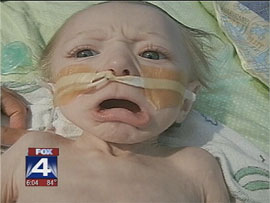 Riley’s parents are spending the next 60 years in prison.

Both of these sets of parents have received justice in the minds of most people, but the question remains unanswered: Why did they think that starving their infant sons was acceptable because they didn’t want them?