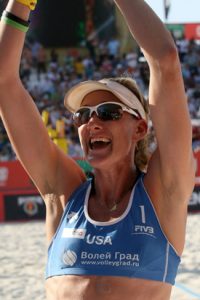 Kerri Walsh Jennings shocked the reporters and even irritated some pro-choice women by claiming, I was born to have babies and play volleyball.

Kerri is the most decorated beach volleyball player in history, and her claims of motherhood matched with volleyball ring true. She has three children and three gold medals. One of those medals won in London in 2012 was when she was five weeks pregnant with her third child. Now she would like a fourth gold and a fourth child. This year she went on to win a bronze in the Rio games. Kerri is proof that having children does not have to stop your career, even a career as physical as volleyball.

Kerri was not only not deterred by her pregnancies and children, but she says her family gave her the balance to keep playing, and she refers to her priorities as faith, family, and career, in that order. 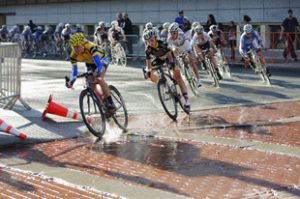 Another Olympic gold medalist who chose to have a child in the middle of her athletic career is Kristin Armstrong. She left cycling competition to give birth to her son, Lucas. This not only did not end her career, but according to Kristin it actually made her a better cyclist. In today’s society it is often felt that having children is a career stopper and that abortion is the safety net to prevent a career interruption. Kristin, however, says that now whether she wins or loses she has unconditional love from her son.

When she came across the finish line to take the gold in cycling at the 2016 Rio de Janeiro Olympics little five-year-old Lucas was right there waiting for her to bring home the gold!