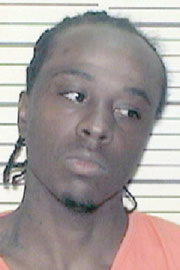 Homicide is one of the leading causes of death for pregnant women in the United States today. In fact, in some states it is the #1 cause. Men who don’t want to be fathers try to push their girlfriends into having an abortion. Unfortunately, if they refuse abortion, the men seem to feel it is all right to create their own abortion method – homicide.

On November 22 John Jones of Maben, Mississippi, was sentenced to 10 years after he pled guilty to attempted abortion and other charges. According to the court documents, Jones attacked the mother of his unborn child by stabbing her in the stomach using a sharpened iron pipe in an attempt to cause an abortion.

His attempted abortion failed, however; and the victim was airlifted to Jackson where she and her baby were reported to be in stable condition.

Unfortunately, many others are not as fortunate, as the news is full of abortion homicide stories when the fathers involved are unable to convince their girlfriends to have an abortion by conventional methods