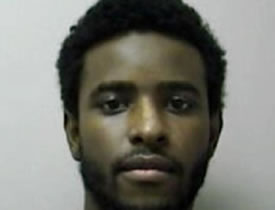 20-year-old Shamari Jenkins was four months pregnant when she was fatally shot through the torso, killing her and her unborn baby boy on April 29.

Jenkins had previously told her 21-year-old boyfriend, Carlton Bryan, that she would abort their baby but then changed her mind. Her refusal to have an abortion enraged Bryan; and he hired his friend, Matthew Allen Hall-Davis, to shoot her while she was driving with him in Hartford. Hall-Davis shot her through the back window of the car with Bryan’s .44-caliber magnum revolver.

Shamari’s family were shocked to find out about Bryan’s involvement in her death. Todd Jenkins, Shamari’s father, couldn’t believe Bryan would do something so horrible; and the victim’s cousin said, “It was hard because he told us he didn’t do it. He showed up at the funeral, and he showed up at the vigil.” Bryan had given the appearance of being heartbroken over Shamari’s death, and it was difficult for the family to believe that he could be the cause of her death because she refused to abort their baby boy.

Bryan has been arrested, and his bail was set at $2.5 million. He has been charged with murder and conspiracy to commit murder. Hall-Davis allegedly confessed to being the shooter and is facing similar charges.

Many girls are being pushed and coerced by their boyfriends to abort their babies, but recently there are more and more instances of beatings and murders of girlfriends who refuse to abort.