Girlfriend Executed Because She Refused To Have An Abortion 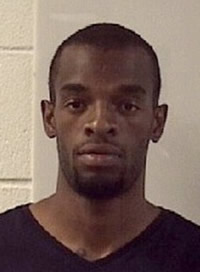 In Oklahoma Christopher Simpson did not want to become a father for the second time, and he pushed his girlfriend, Ka’loni Flynn, to abort her 12-week pregnancy. It seems Simpson was already behind in child support for his 7-year-old daughter by another woman and wanted no more of this.

But 20-year-old Flynn wanted to be a nurse, and she refused to abort. She wanted this baby and was opposed to abortion.

Simpson devised the most horrific way to solve his problem. He shot Flynn twice in the head execution style and left her seated in her car to be found later that night. Simpson then bragged to friends that he had committed the perfect murder and would never be caught. Prior to her murder Flynn had confided in friends that Simpson had threatened to end her pregnancy if she didn’t have the abortion.

The jurors showed Simpson no mercy for his deeds and recommended life in prison without parole. His sentencing is scheduled for November 8.