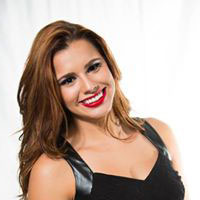 President Trump is known for his frequent tweets, but MTV star, Jess McCain, recently went on her own twitter spree challenging her Hollywood peers with strongly worded pro-life tweets.

After a twitter user posted a comment that fathers should not have rights over the abortion of their child, McCain countered supporting the rights of fathers over the fate of their own children.

She continued with some excellent points like – If you are pronounced dead when your heart stops, why when it starts do some of you not consider a baby alive?

McCain then went into her own personal experience with women she knows who have had abortions and deeply regret it, even turning to substance abuse to cope. One tweet commented – Every girl I have met says it messed them up and they did not know the consequences.

Her most strongly worded tweet said – Abortion is NOT birth control. It is extermination. Murder.