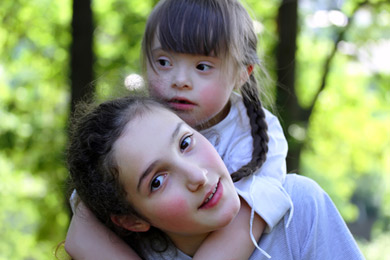 At a time when 90% of babies diagnosed with Down syndrome before birth are aborted, this new film is a mind changer.

The film is titled Where Hope Grows and features Hollywood actor Kris Polaha and a 22-year-old young man with Down syndrome named David DeSanctis who had never acted before in his life. Both gave stellar performances.

The stereotype of Down syndrome children and adults provides a dismal picture of people who are retarded, cannot learn, and will not be able to care for themselves. DeSanctis blows this image out of the water. He not only read his lines, he memorized them all, and delivered them like a true professional.

The story in the film is both heart warming and inspirational as well. It is all about an aspiring baseball player named Calvin Campbell, played by Kris Polaha, who makes it all the way to the major leagues, only to choke under pressure and fail miserably. Campbell turns to self pity and alcohol until he meets Produce, played by David DeSanctis. 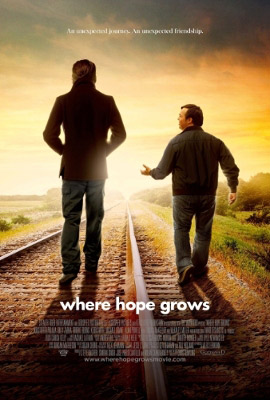 Produce is a grocery store clerk who always looks on the bright side of life, which is typical of people with Down syndrome. Produce has a goal to make Employee of the Month; and although he is consistently passed over, he is undeterred.

In the film Produce builds a friendship with down-in-the-mouth Calvin and ultimately lifts him out of his self-pitying existence and inspires him to change.

The people involved in the film both on camera and off were also inspired by David DeSanctis, and they became like family during production. At the end of the filming DeSanctis said he wanted people to look at his abilities rather than his disabilities. Theater goers fortunate enough to see Where Hope Grows will see exactly that – abilities not disabilities.