March 21 is World Down Syndrome Day

On March 21, 2015, the world will be celebrating the 10th anniversary of World Down Syndrome Day. Events will be occurring in all corners of the world to celebrate the lives and accomplishments of people with Down syndrome. Even the Empire State Building will be lit up in blue and yellow, the Down syndrome colors

At a time when many doctors are advising pregnant mothers who test positive for Down syndrome babies to abort and people like Oxford Professor Richard Dawkins is saying that it is immoral to bring a Down syndrome baby into the world, it is encouraging indeed to see what is becoming overwhelming support for Down syndrome children and adults.

We have come a long way from the time when Down syndrome children were placed in institutions and dehumanized. Even as recently as the 1980’s these individuals were deprived of many rights and it was believed that they couldn’t function in society. 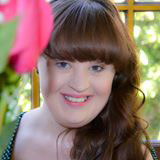 Fortunately, we are now living in a much different world, thanks to the efforts of many. For example, actress Jamie Brewer just became the first Down syndrome model to appear on the catwalk of New York Fashion Week. Jamie is a role model and activist for people with intellectual disabilities, and she is passionate to teach them to take the risk and put their heart and soul into their own aspirations.

There’s still work to be done, however, to educate the public about Down syndrome and to eliminate old prejudices; but in today’s world that is happening quickly. Recently the attempted bullying of Down syndrome cheerleader, Desiree Andrews, at a Kenosha, Wisconsin, basketball game was met with immediate defense. The team walked off the court and advised the bully, “Don’t mess with her.” 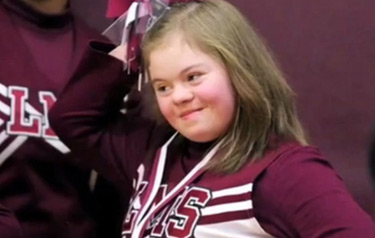 Desiree’s father said she wanted to become a cheerleader because of the character in the television show “Glee,” who also has Down syndrome. Now it is tradition that the introduction of the starting lineup always includes Desiree. They have so welcomed her that the gym has been renamed “D’s House,” and students wear T-shirts celebrating her inclusion with the team.

Her father, Cliff Andrews, says the teens’ support has been a Godsend; and coach David Tolefree said they have become big brothers to Desiree and it’s so good to see. In addition, cheering coach, Laura Stone believes that Desiree’s participation on the team has helped the students themselves grow.

Meanwhile, Desiree’s story has hit the national news and gone viral, so this one young girl has reached millions of people with her inspirational message on behalf of Down syndrome people everywhere.