DO WE SAVE OR ABORT BABIES WITH DOWN SYNDROME?

Baby With Down Syndrome Chosen as Gerber Baby 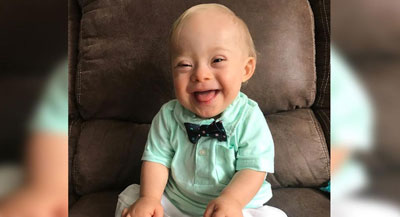 In a first ever decision Gerber Baby Foods has chosen a little boy with Down syndrome to be their 2018 Gerber baby! One-year-old Lucas Warren was chosen out of the 140,000 entries in the 2018 contest.

Like all Gerber babies, Lucas is adorable; but he is much more than that. Gerber is clearly making a very positive statement for children with Down syndrome across the world – that they are loved, they are important, and they can do anything. Parents with children who have Down syndrome, legislators, doctors, and supporters of these children everywhere are celebrating.

At a time when 90% of children with Down syndrome are aborted and never allowed to come into the outside world, Gerber is sending a crucial message that children with disabilities also have abilities and are as valuable as any other child.

Yet, there remain those people who do not want them to come into our outside world. Some, like Princeton bioethicist Peter Singer, even feel that parents of children born with disabilities should be allowed to kill them even after they are born.

Children With Down Syndrome Speak Out 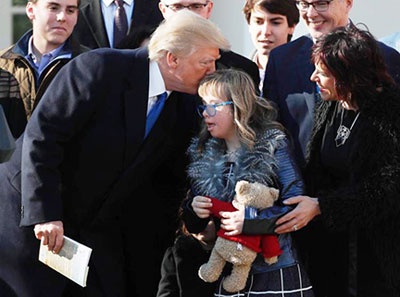 Chloe Kondrich has Down syndrome, and she also has a law named after her. In 2014 Chloe hung out with rock stars in New York, visited with the Pennsylvania Governor, and met several members of the U.S. Congress. Chloe was only eleven years old at the time, but she and her father, Kurt Kondrich, worked tirelessly to promote the passage of the Pennsylvania Prenatal Education Act.

More recently this year Chloe met President Donald Trump at a Rose Garden ceremony to continue awareness of the discrimination against babies with Down syndrome whose abortions are now commonplace.

Heather Sachs, with the National Down Syndrome Society, said parents often decide on abortion because they fear what life would be like for a child with this disability. It is often wrongly believed that babies with Down syndrome will be unable to function in society and have no future. The Society recognizes that there are lots of misconceptions out there and that these children can be productive members of society.

Ten years ago when Heather Sachs found out at the birth of her own daughter that she had Down syndrome, she had very little support. The nurse in the Washington, DC, hospital gave her an old website which said, So you have had a Mongoloid (the old reference to Down syndrome)…now what? She was also given a pamphlet for a support group that no longer existed. In other words, she received no support.

Eleven states have now passed similar laws, but there is still a lack of information nationwide; and there is clearly a need for this. 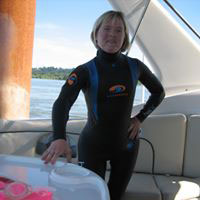 Pennsylvania has been at the forefront of protection for children with Down syndrome, and at a rally to promote legislation to ban the abortion of babies diagnosed with Down syndrome, disability rights advocate, Karen Gaffney, spoke with resolve and determination. Karen knows that babies with the same disability as her own are lost to abortion simply because of their disability. Is this not discrimination of handicapped people?

Karen has shown what handicapped people can do and has excelled in many ways. She has swum the English Channel, won gold medals at the Special Olympics, holds an honorary doctorate, and is a nationally recognized speaker.

Standing before the crowd at the Pennsylvania Capitol, Karen asked, Am I not compatible with life? And then she answered her own question with, We are more than compatible!

Karen went on to say that the prenatal screening directed at eliminating babies with Down syndrome would wipe out the tremendous progress made with disabled children over the last 60 years. 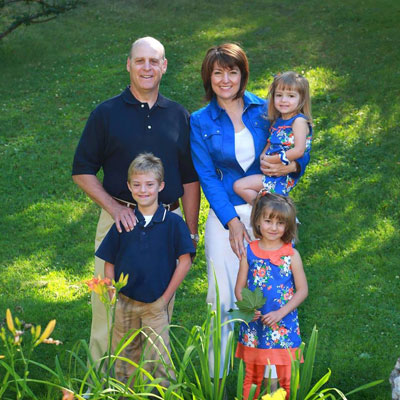 In light of all the buzz supporting children with Down syndrome, on March 9 Ruth Marcus penned an Op-Ed piece in the Washington Post promoting the abortion of babies with Down syndrome. According to Marcus she has two children, but if she discovered one of them had Down syndrome, he would have been aborted. She went on to say, I’m going to be blunt here. That was not the child I wanted.

The responses came quickly from parents of Down syndrome children. Among them was Washington Congresswoman Cathy McMorris Rodgers, mother of a little boy named Cole who has Down syndrome. Congresswoman Rodgers said she was struggling to put into words how offensive this article was to her.

When she and her husband received the Down syndrome diagnosis they knew they would face challenges, but they also saw lots of potential. Today Cole is in fifth grade and loves to learn. He is in cub scouts and plays basketball. He is living a life full of huge possibilities.

Congresswoman Rodgers says it is important to focus on abilities, not disabilities, and she is a strong supporter of legislation to do exactly that. 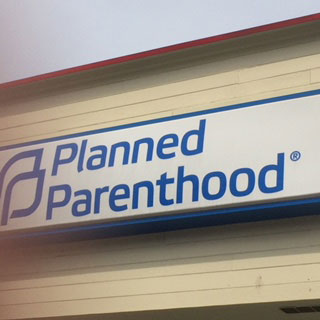 The Ohio state legislature recently passed a law to ban abortions on babies diagnosed with Down syndrome. The bill passed by a two-to-one margin in both the state house and senate and was to go into effect on March 22.

However, Planned Parenthood joined with the ACLU and several Ohio abortion clinics to prevent the legislation from taking effect by suing the State of Ohio.

The executive director of the abortion clinic, Preterm, attacked the legislation as masquerading as an anti-discrimination measure to protect people with Down syndrome, in spite of the fact that it does exactly that, protecting babies with Down syndrome from dying from abortion.

On March 14 U.S. District Court Judge Timothy Black approved a temporary restraining order, preventing the implementation of the law, in spite of the overwhelming support for the legislation. This was not a surprise, however, as President Obama had appointed Judge Black; and he has ruled against pro-life cases in the past. Litigation will now proceed; but the law will not go into effect in the interim.

What Will Society Decide?