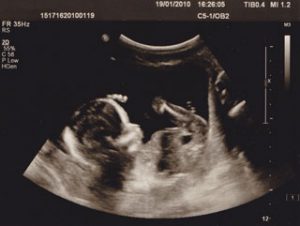 The now famous Doritos ultrasound commercial that aired during the Super Bowl has just taken the Super Bowl 2016 crown as best commercial and has received a million shares. Ultrasound even knocked out the Budweiser commercial, and Bud has won for the last three years.

However, the offended abortion rights groups didn’t like it…at all. In fact, they immediately started tweeting their anger at Doritos for “humanizing fetuses.” Well, a fetus is human, as just about everyone knows.

The vast majority of viewers loved the commercial, obviously, and thought it was very funny. It shows a baby in the womb having an ultrasound while the father is eating Doritos. It appears that the baby is reaching out for the Doritos in the ultrasound as the father jokingly moves the Doritos back and forth. The ending is hysterical, and you can see it at https://www.youtube.com/watch?v=kZnBpmZXBms.

The creator of the commercial, an Australian filmmaker, said he was inspired by seeing his own child on the ultrasound; and he actually used the ultrasound image of his son Freddy, who is now nine months old.

“Humanizing fetuses,” seriously??? Just what do the abortion rights groups think they are?