Will He Be Convicted? 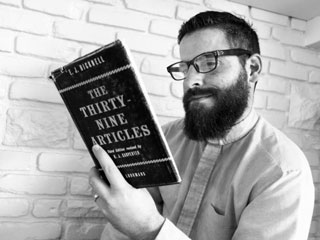 Will an Anglican pastor be sent to jail for 90 days and pay a fine for offering women alternatives to having an abortion?

Father James Linton was arrested outside a San Bernardino, California, Planned Parenthood clinic and charged with obstructing access to a business. However, he was not trespassing, as he and the others were standing on public property and telling pregnant potential abortion clients that they would help them with their pregnancies so they would not have to have an abortion. As some of these potential abortion clients did change their minds about abortion, he was charged with interfering with the practice of a business. The decision of these women to abort or not abort when they were offered help was apparently irrelevant.

While talking with a young mother about her pregnancy, the police arrived, handcuffed Father Linton, and held him for six hours before being arraigned by a judge.

Father Linton will now be defended by the Life Legal Defense Foundation which called the arrest an outrageous violation of his freedom of speech.