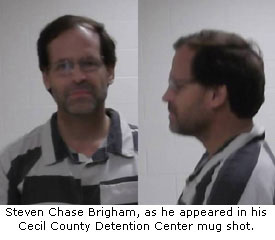 On October 8, 2014, abortionist Dr. Steven Brigham lost yet another license to practice medicine. This time it was in New Jersey, effectively losing his eight abortion clinics in that state, part of his multi-state network of abortion clinics. Unfortunately, this is only the latest in a long line of license revocations for Dr. Brigham. He has lost his license to practice in Pennsylvania, New York, California, and Florida for a multitude of botched abortions and illegal operations; such as, hiring unqualified medical employees.

Brigham has been notorious for getting around the law through nefarious methods. For example, when Pennsylvania barred him from owning abortion clinics, he got around that for several years by putting the ownership in a company owned by his mother. In Maryland, since Brigham is only a general practitioner, he hired an 87-year-old OB/GYN who was partially disabled by a stroke as a front for his clinic.

His downfall this time occurred when an 18-year-old patient was critically injured. In this botched abortion her uterus was ruptured and part of her bowel was pulled out. In addition, the majority of the baby’s body was thrust into the abdominal cavity. The girl was air lifted to a Baltimore hospital for emergency surgery to save her life.

The misfortune of this poor girl would be the beginning of the end of Brigham’s latest scheme to outflank he law. Brigham’s specialty was in the performance of very late-term abortions through the lethal injection method. Lethal injection abortions are performed in the late second trimester and the third trimester (from about the 5th month to the 9th month of pregnancy). Lethal injection abortion, or in medical terms called intra-cardiac injection abortion, involves the insertion of a spinal needle into the heart of the baby where a feticide agent (poison) is injected to stop the baby’s heart. This procedure takes only two to four minutes, and the patient can go home in 10 to 15 minutes.

Brigham did this procedure in his New Jersey clinics and then a few days later brought his patients over to his Maryland clinic to remove the now dead baby. By doing so, he was violating the laws of both states. This was not the first time Brigham has operated this type of scam. Unfortunately, since laws on who can perform abortions and who can own abortion clinics differ state-by-state, when he is shut down in one state he simply opens up in another.

Apparently Brigham still has clinics operating in Virginia, Maryland, and Florida. Beware, as he may be in your neighborhood next.