He Used a Skewer to Cause His Girlfriend’s Abortion 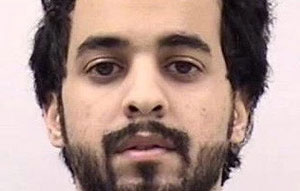 Ahmed Sameer Mohamed Almesbahi, a 23-year-old graduate student at the University of Colorado, has been arrested by Colorado Springs police on charges of sexual assault, unlawful termination of a pregnancy, and other charges.

Over a year ago, the unnamed victim told police that Almesbahi had sexually assaulted her and forcibly caused the abortion of their unborn baby with a shishkabob skewer because she refused to have an abortion. Only recently the police obtained enough evidence to support her claims.

Almesbahi remains a student as a Saudi Arabian native with a student visa, but he has been banned from the school while this case is ongoing. The unnamed victim met Almesbahi on a Muslim dating site and says they were married, but Almesbahi claims she was only his girlfriend. The victim here is very intimated by Almesbahi, because he comes from a wealthy Saudi Arabian family, and he previously threatened her to stay away from the court. As a result, she is very hesitant at times to cooperate with the police in this investigation.

After the attack the victim gave birth to her aborted baby in a mall restroom. Almesbahi will not be charged with the death of the baby, however, as Colorado does not recognize unborn babies as victims of crimes.