Planned Parenthood is reeling from the media and Congressional hearings exposing their practice of selling baby body parts, along with lies and deceptions; so Planned Parenthood and its supporters are resorting to bizarre gutter tactics. 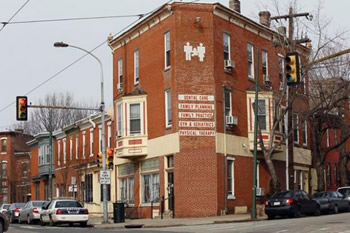 In no time at all some of the Hollywood elite jumped into the dialog, but with some very nasty rhetoric rather than logical disagreements. Rosie O’Donnell ranted that there is a war on women in this country. Well known for her crass statements, she went on to say that she’d like to take the monthly period blood she no longer has and smear it all over some people’s faces.

The scandal quickly entered the political arena when various Presidential candidates joined the fray. For example, Carly Fiorina expressed her pro-life views and discussed one of the undercover videos she had seen, urging President Obama and Hillary Clinton to watch these videos.

Shortly thereafter Fiorina’s campaign held a tailgate event at the University of Iowa football game and was stormed by screaming pro-choice protesters who began hurling condoms at her and yelling slogans in support of Planned Parenthood. According to the report in the New York Times covering the event, some of those throwing the condoms were “affiliated” with Planned Parenthood.

Next comedian Kathy Griffin jumped into the mud and started slinging too. She started off saying that she doesn’t think the average American dumbass understands that Planned Parenthood is where women go for healthcare. Then she attacked all of the Republican candidates and said she would love to give every single one of them running right now, including Carly, a pap smear, saying she would personally do it.

Finally, following the examples of these articulate mentors, when Students for Life of America joined pro-life students at the University of Pittsburgh, Planned Parenthood supporters went after them with a vengeance. They screamed obscenities, damaged the displays, and made vulgar movements while others took photos. Ultimately the campus police had to be called in.

In spite of this minority group, other students thanked Students for Life of America members for their information and for being calm and respectful. Perhaps the angry protesters could learn from their example too. Freedom of speech is still a right, and honest dialog is always better than mud slinging.