Professor Charged With Battery For Attack On Pro-Life Student 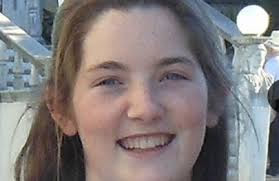 When 16-year-old student, Thrin Short, participated in a pro-life display at the University of California-Santa Barbara, she never expected to be attacked for her pro-life beliefs and her freedom of speech, and certainly not by a college professor. However, that’s exactly what happened in March during a peaceful display of pro-life material by Thrin and other teens in the “free speech area” of the university; and the whole thing was caught on video, which has had 150,000 views on youtube.

Mereille Miller-Young, an associate professor who teaches feminist studies at the university, led a small mob toward the display chanting “tear down the sign.” Miller-Young began with verbal abuse by mocking Thrin and calling the students terrorists. Then things got ugly. Miller-Young grabbed one of the signs from Thrin’s hands. A struggle ensued and Miller-Young told police, “I’m stronger so I was able to take the poster.” During the ensuing altercation, Thrin was scratched on both arms, and Miller Young marched off with the poster, along with her group of students.

In an attempt to retrieve her poster, Thrin and some other students followed Miller-Young, videotaping the whole time. Miller-Young later admitted to police that when she got to her office she destroyed the poster with her scissors. Santa Barbara officials announced that Miller-Young is being prosecuted for misdemeanor theft, battery, and vandalism for her attack on Short and the pro-life students. The video of the event and photos of Thrin’s scratches have been forwarded to the District Attorney’s office, and Miller-Young’s arraignment is scheduled for April 4.

As abortion rights forces continue to lose ground, these kinds of direct physical attacks are becoming more common. At the University of Georgia posters and banners announcing a pro-life event were repeatedly torn down, and many college pro-life groups are being refused recognition as campus organizations.

In Albuquerque, New Mexico, a print shop that had been printing signs for a local pro-life group even received a pipe bomb at their shop. The FBI has been called in on this one. The signs being printed were for the same pro-life group whose website was hacked during a recent referendum on abortion legislation.

Meanwhile several websites, blogs, and facebook accounts considered to be of a pro-life persuasion have been hacked. These includes Students for Life and TeenBreaks.com.

When aggravation toward an opposing opinion becomes strong enough, it often turns to violence. Freedom of speech and logic goes out the window and anger turns to violence. It is especially tragic when this takes place on a college campus, which is supposed to be a place of learning and tolerance.