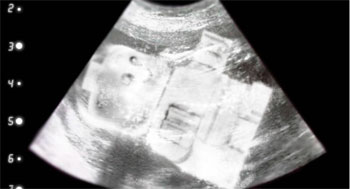 Who would have thought a few years ago that LEGO would fly in the face of the abortion rights groups by introducing their new LEGO baby with an ultrasound announcement showing the baby in utero. The new baby minifigure was “born” on June 1, and the announcement included both size and date of birth.

When a company the size and popularity of LEGO does this, the announcement doesn’t go unnoticed. The LEGO baby ultrasound is now making the rounds on social media, and the reception has been glowing. It is interesting to note that LEGO doesn’t refer to the LEGO baby as a LEGO fetus or a clump of LEGO bricks either.

Education like this is priceless, and now the smallest of LEGO enthusiasts can relate even further to the baby before birth (both LEGO and human).